During my webby absence I did some traveling around the US, including a nice jaunt to Maine. While there, I took in the International Cryptozoology Museum, which is located in downtown Portland. I came on a good day because I was lucky enough to get a personal tour with Mr. Loren Coleman himself, who is the founder of the museum and is perhaps the most famous cryptozoologist in the United States. 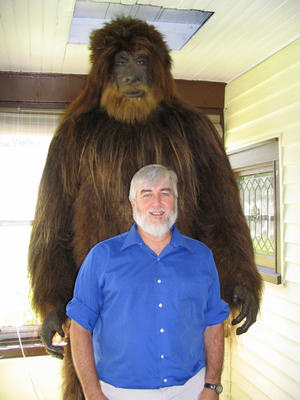 Cryptozoology, if you don’t know, is the study of animals whose existence hasn’t yet been proven or which are thought to be extinct: dinosaurs, Big Foot, Ogopogo, my imaginary dog from 5th grade, etc. Keeping that in mind, I suppose it wasn’t too big of a surprise to me that Coleman keeps a small collection of chupacabras-related items in the old house of mysteries. But I was certainly happy that he does. 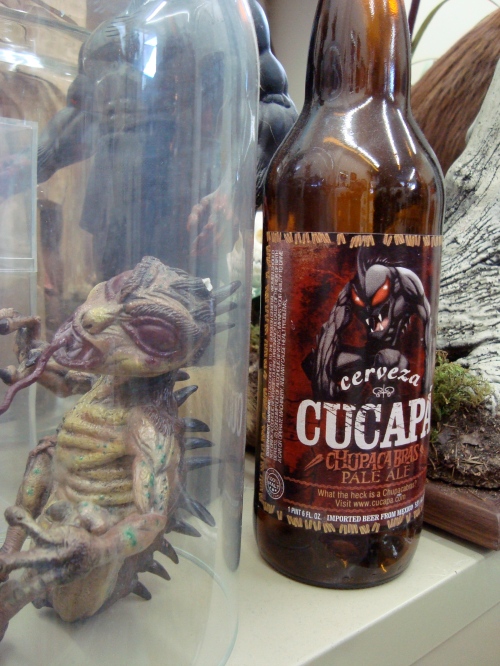 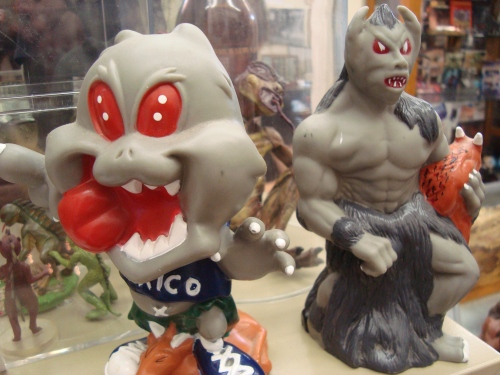 You probably don’t need me to tell you that chupacabras (chupar  “to suck” + cabra “goat” = goat sucker) are mythical creatures that were first reported in Puerto Rico in the mid-90s and which pop culture in the US usually associates with Mexico and Texas. The nasty little fellows are known for sucking the blood out of livestock—particularly goats. But what I loved about the museum’s collection on the topic is that beer bottle in the top photo: Cucapá Chupacabras Pale Ale. I had never heard of it before.

Apparently it’s a Mexican craft beer marketed to Americans who want the rich flavor of goat’s blood in the form of a cold, refreshing ale. So…drink up!

Comments Off on Chupacabras in Maine!